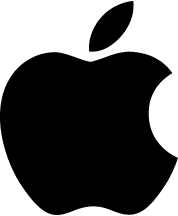 The iOS App Store was created in 2008 as a way to give iOS developers and customers a distribution system. Initially supporting iPhone and iPod apps, the store now also includes apps for the iPad, Apple Watch, and Apple TV. The App Store has roughly 2.2 million apps available to download. Users can post reviews after downloading an app which are displayed publicly on the landing page for that app. Apple maintains two different scores, one for ratings that are left for the current version of the app and another score which tracks the ratings left for the entire lifetime of the app. Until 2017, developers weren't able to reply to App Store reviews, however that is expected to change with the iOS 10.3 release.

ReviewBot supports the iOS App Store as one of our primary platforms, here's a list of ways that you can monitor your reviews: